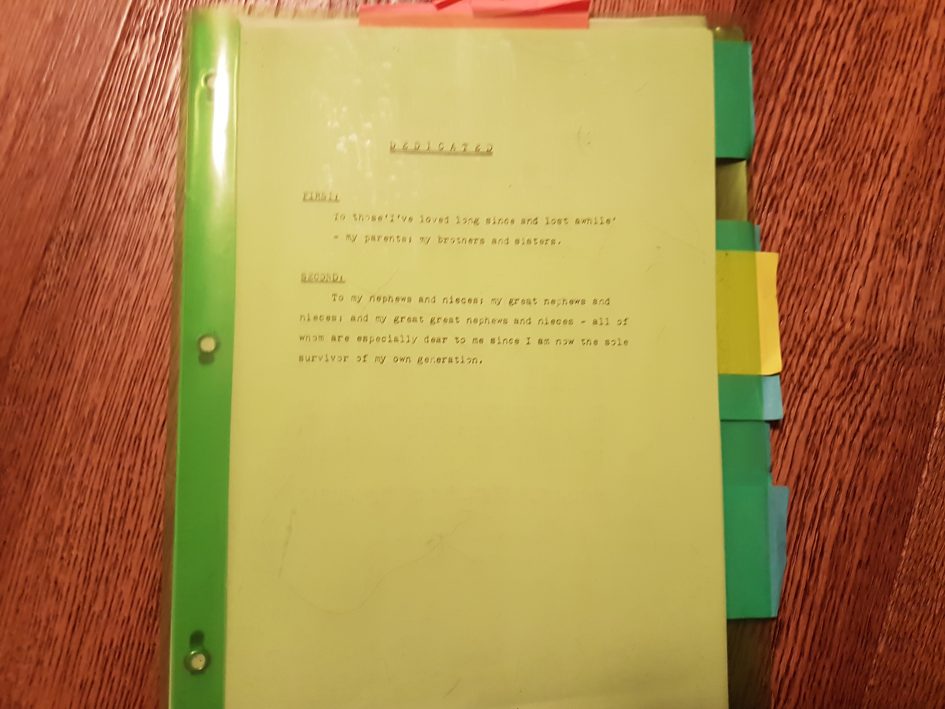 Like all memoirs, this memoir is the story about the author, A. M. Henry. Through her writing, she describes how she and her family became who they did. It contains hilarious scenes and some more serious scenes. In this book she describes growing up on an Ontario farm with her family. Her memoir is divided into two parts. In the first part, she mostly describes her family history. She describes how her father’s family came to Canada and how her parents formed the household. Although Henry states part two is on page 14, the next part does not really seem to start until “The Burchell Place.” If this is the case, she ends the first part by stating,

In part II, she really gets into her life story. She describes the daily chores such as milking the cow (II/16). She also describe how she and her brother would entertain themselves such as skating on the river (II/29). She also describes how the wars affected her and her family and what she wanted to do to help her country. The memoir ends with Henry reflecting that she “had many happy days” (II/57). Unlike many other memoirs, this story ends happily.

There are many themes that can be taken from this memoir as I describe in the post about the discussions we had about the memoir. Henry seemed to have almost anything and everything a part of her life. She describes being involved in farming, music, politics, sports, and feminism. The memoir is an extremely engaging read, and the reader can clearly hear her voice.

Even through these biases, A.M. Henry’s This is NOT a Fairy Tale contains historical contents that made it easy to write an essay on.