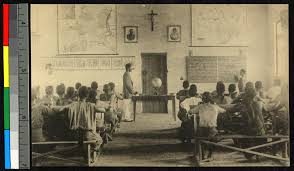 It is evident that each of us took something different out of the memoir. Some went with the idea of feminism in the memoir while someone else talked about women in sport, and yet others looked more to their personal family history. The varying topics showcased that everyone thinking in different ways.

Although all the topics are different, the memoir was the connecting strand. We discussed why Henry might have chosen to create a memoir. Through this, we also tried to write a mini memoir which proved more difficult than appeared. It was hard to determine what to put in our personal memoir. For many of us, we did not feel that we had done anything that someone would want to read. This brought up the conversation of media dictating what we like or not. Media tends to hype the “interesting” people and bring down other people as “ordinary.” Even though no one lives the exact life as someone else, it seems that you have to do something extraordinary to qualify for a good book to be written about you. Because our minds are trained to look for excitement instead of ordinary, we tend to gloss over books that might be interesting, yet they are not about someone who changed the world or went on a dangerous adventure.

I believe, one reason that our class might be interested in reading and learning about what each other would put in a memoir is because we are historians in training. We are being trained to not only look at the flashy events, but also look at the normal everyday events, and we might find something truly interesting in the details. An example of this is in Henry’s memoir when she talks about milking cows which might seem trivial to some people, but it might interest a historian in the different techniques of milking a cow (Henry, II/19). Another event that entertained me was how the family fixed a hole in the basin by simply making more holes in the kitchen floor (Henry, 18). This event would probably have been left out of any biography about someone famous, yet it caught my attention because it described the times Henry was living in. Through class discussion, I was able to see that I was not the only one that had enjoyment in the little aspects of the memoir.

Our class discussions may have gotten off topic sometimes when we would talk about the current American politics or stuff that was happening at the university, yet I think the memoir also inspired these discussions. Henry’s memoir had aspects of criticizing the government, and she was clearly someone who was outspoken enough to stand up against greater powers than her. Her stream of conscience way of writing encouraged us to also have a stream of conscience discussion. One moment we might be talking about why a memoir is useful, and the next moment we talked about how someone great-grandparents were involved in the same organization as mentioned either in the memoir or a different component of the course.

This course allowed me to see that many things are entwined with one another. History can cross over with political science, one family history might have an aspect that overlaps with someone else’s, and history is not just the study of the past but about how the past relates to the present.